The Masters Group was featured on Late Night with Jimmy Fallon during their Twitter "Late Night Hashtag" segment on Jully 11, 2013. 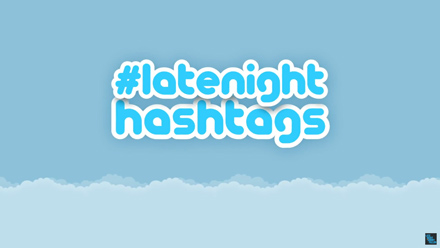 The hashtag was for #FakeJayzLyrics since his new Album, Magna Carta... Holy Grail was released this week. 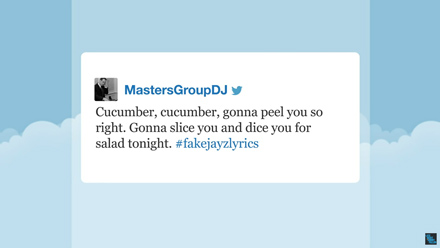 There were thousands of submissions and yours truly, @MastersGroupDJ was selected by Jimmy and performed by Tariq and The Roots. 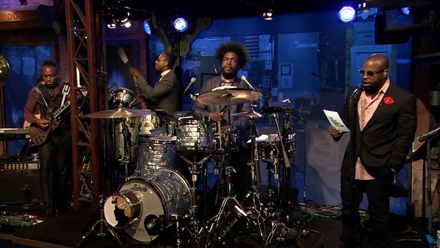 My tweet comes in at 1:30 into the video. Maybe a fake rap lyrics writer job in my future? Probably not...